Darn, I was expecting it too be alot colder here in Tagaytay! Brought thick japorms jacket pa naman... Anyway, air is still colder here than in Manila. So I guess this will just have to do. Will pray nalang that it gets colder later in the day.

This is the first time the family will be spending New Year out. Normally we just spend it at home. This year, I got a good deal for a 4 bedroom town house. Since it was quite big for us, I invited some cousins to tag along.

Left Manila past 8am and reached our destination at 10am. Trafic was a swift at SLEX,ar the type you wish for when you are running late for a meeting.

We freshened a bit and then braved the Tagaytay Mahogany market for additional ingredients we forgot to bring from Manila. I guess this 2010 will be better and more abundant than 2009, daming food sa lamesa. We had, Andoks chicken and liempo, binagoongan, relenong bangus, grilled fish, steak/t-bone, bbq, hotdogs, 2 types of pasta, refrigerator cake, cakes, fruit salad, ube, taco, various fruits, liquor, softdrinks, ham, marca de bola, etc. The refrigerator is so full, if we get stuck in Tagaytay for 2 weeks, I think we have more than enough food reserves.

Whether was finally cold outside at 6pm. The boys started grilling while the girls prepared the New Year feast! At 7pm, my cousin's Jose Cuervo made its way to the Lanai, followed by a bottle of red wine, Sangria and Baileys. 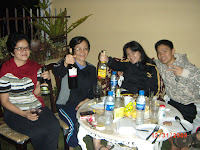 I must say that starting with the Cuervo was not such a good idea, since it was not even 10pm and everybody were already feeling a little dizzy (ok alot dizzy and zzzzleepy). So we rested the rest of the Cuervo bottle and shifted to the rhums and wines. 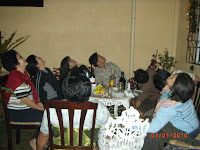 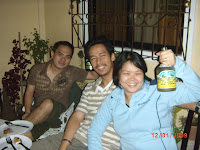 I must admit though spending New Year in Tagaytay was way much more peaceful, compared to the non stop fire crackers in Manila that starts harassing my ear drums as soon as Dec 31st sets in. Which was good since one of the reasons for deciding to celebrate January 1 in Tagaytay is for an more "usok free" New Year.
We were up early January 1, kudos to my toddler who was up and wide awake as early as 5am. We had left over breakfast at 6am and was out on leisure walk at 7am. There were cows, carabaos, roosters, goat around; there were also plenty of vegetations. My kids had so much fun and they sure enjoyed the walk. The place we stayed at was like a farmville (hehehe), if I may borrow the title. 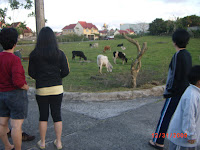 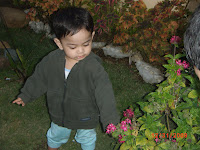 At 10am, we left for People's Park (which we did not enjoy, the P50 bucks entrance fee per head was not worth it). The place was dusty, crowded and old! Left soon after and found ourselves at the Tagaytay Viewsite restaurant; we ordered the ever famous Tagaytay bulalo (which so complemented the cold weather), sisig, Bicol express and fresh coconut juice. I could have posted the feast we had, but everyone was too busy eating to bother taking picture (oh well). 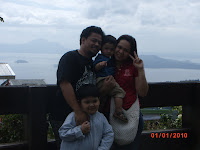 Before leaving Tagaytay, we went back to Mahogany market and bought some freshly picked vegetables and beef meat. With some rooms left in our cars, we made a stop at the Loumar's, for some buko crumble tarts. 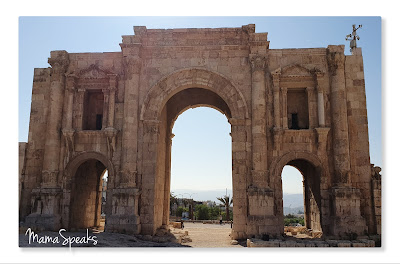